Other prominent Directors include:

Member of the Camera Guild from 2001 - present

operating, commercial production cinematography, and action-based and beauty car shots. I have shot

in many unique locations around the world including Monaco, Shanghai, Manila, Melbourne, Rome, Havana,

and Puerto Rico. I am permanently located out of Hollywood, CA.

I have worked on hundreds of commercials, music videos, and features as Camera Operator and 2nd Unit DP

for many prominent directors over the years.

Completed Lighting and Operating Cameraman courses in Rome, Italy 1992 through 1994 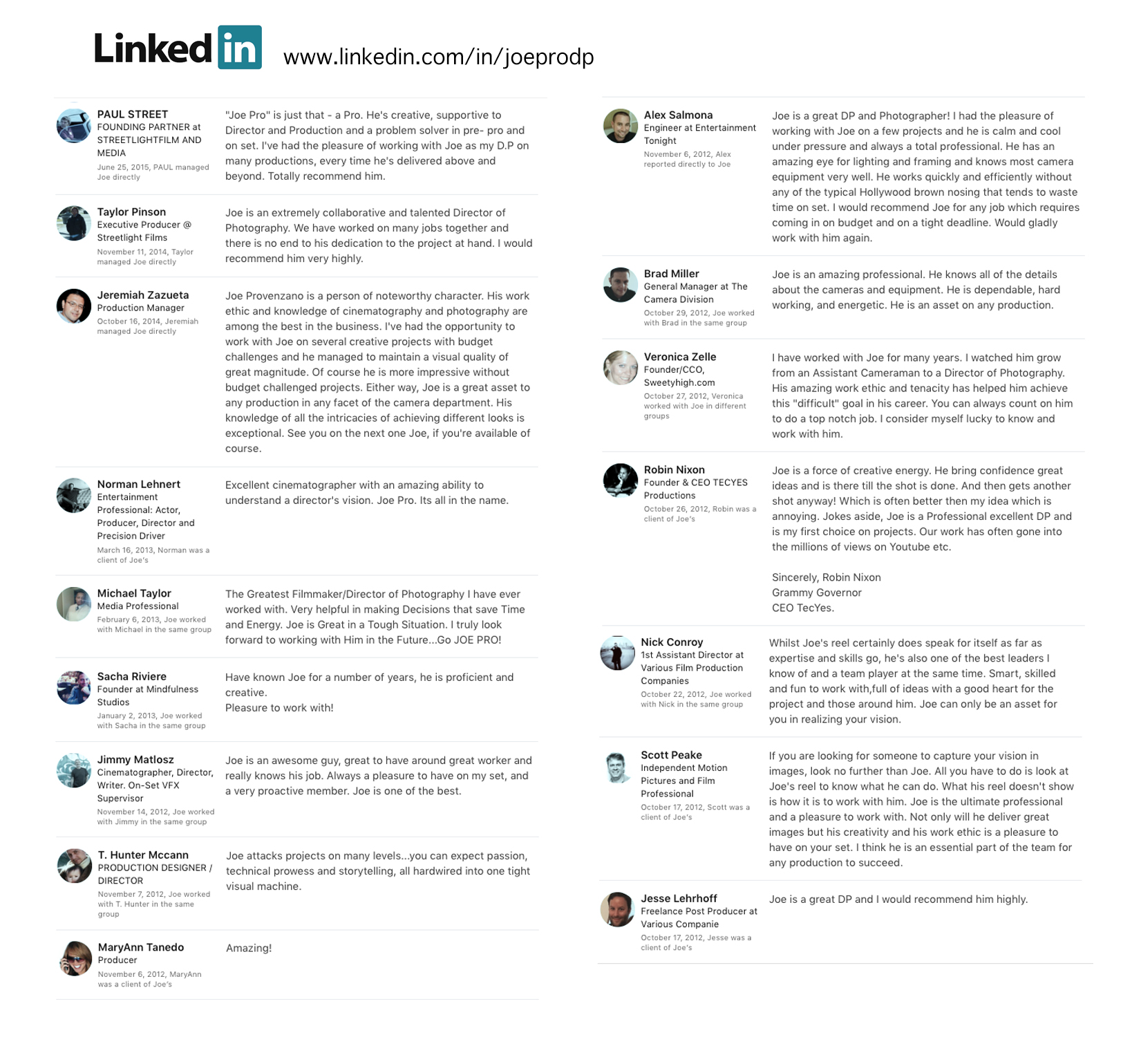